I need to stop listening to TikTok for my horror movie recommendations. 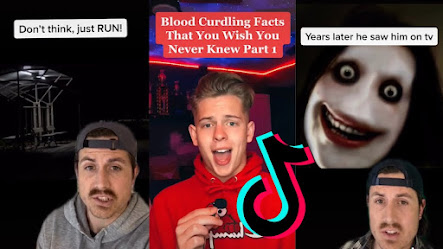 I'm serious. You know how you're scrolling through your TikTok and you run into somebody saying "I DARE YOU TO WATCH THIS SUPER SCARY MOVIE IT GAVE ME NIGHTMARES OMFG!"
And then you watch it and you're like,

So, because I really didn't feel like leaving my house this week, I decided to forgo Black Phone to watch something else and because social media reads your thoughts, one of these TikToks popped up on my For You Page and here we are.
This week's movie! 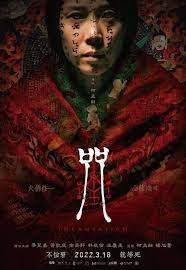 Incantation starring Hsuan-yen Tsai, Ying-Hsuan Kao, Sean Lin, and Ching-Yu Wen.
(So, just a short side note: this one is only available on Netflix.) 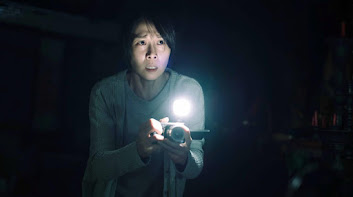 Okay, so this one is a found footage movie about a young mother who fucked around six years ago and spends the rest of the movie finding out. 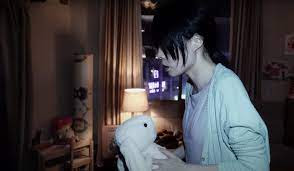 So, it basically breaks down like this. Six years ago, Ruo-nan(Tsai) and her two buddies roll up on a cult and spend time wholly disrespecting their demon rituals and practices. Fast forward six years and Ruo-nan has a daughter who's slowly becoming ill because of said demonic presence.

That being said, let's pro and con this thing, shall we? 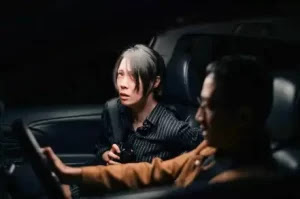 Con: Are we there yet?
So, like, I'm pretty well versed in Asian storytelling in horror movies and I realize that the pacing is way different in a lot of their movies. Slow burns are pretty common as far as I can tell.
But when I tell you I felt like I was riding in the back seat of the car wondering where the hell we were going for most of this movie...

I'm just saying, I could have given you a more detailed synopsis, but the way the story is told is really convoluted. Trust me, I just did you a favor by shortening the whole thing for you. 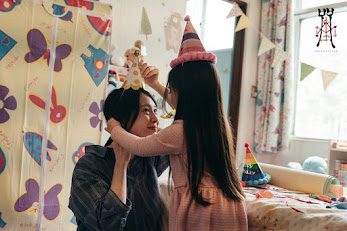 Pro: Telling me this story just to tell me another story
There's a lot of backstory in this one. At the beginning of this film, we find out that Ruo-nan spent some time in a mental institution and lost custody of her daughter, but she got her back and was now trying to raise her right.
And all that's fine, but between that back story and the back-back story of what happened six years ago, by the time we're halfway through the movie...well, see the above con.
But I'm giving it a pro, still, because it's all pretty important to the whole story so...like...I'll allow it. 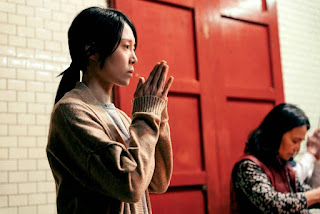 Pro...maybe: Based on a True Story?
So, apparently, this one is based on a true story, which isn't a surprise for a found footage movie. There's not a lot of information, though, and I'm not sure how it matches up with this story?
I mean, I'm kind of inclined to believe that it's hype. I'm not that mad at it though. Hype is what got us here with found footage in the first place, so... 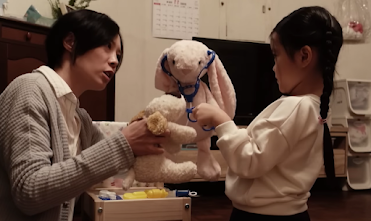 Con: I just don't care about these characters
I don't know where they lost me. Maybe it was the whole "Let's go trash a ritual shrine for views" setup or what, but at the end of the day the only one I felt bad for was Ruo-nan's daughter who, presumably, would be fine if her mom didn't have custody of her. 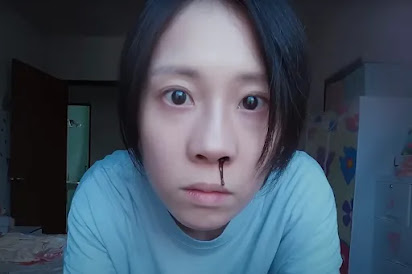 Pro: Decent Roller Coaster
Just like about half of the rides in the amusement park, once you actually got to the horror in this movie, the scares were fairly top tear and pretty creepy. It just takes a minute to get there...approximately 58:43 actually. 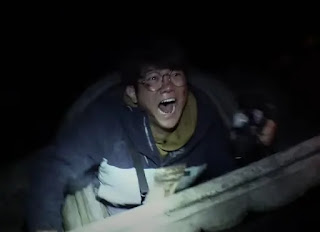 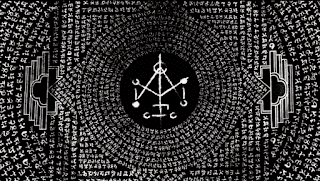 There's also this element of Ring or chain letter curse that is kind of chilling. I have to say a love a movie that has me looking over my shoulder for the rest of the evening.
IMPORTANT SIDE NOTE:
If you've got Trypophobia (you know, that whole fear of holes thing), be warned. There's a bit of that in this one.

All in all, I wasn't mad at this movie. Like, it wasn't worth the TikTok hype at all, but, again, I didn't hate it.
Yeah, let's give it a pink jewel.

Next week!  Moloch. A movie that I'm going in totally blind on.  :D
See you next week!