Lemme open this week's review by stating that southern horror is a favorite thing of mine. I've never quite been able to explain why because it's a feeling more than anything else.

It's like the taste of crawfish while sitting on a dock of the river in the summertime. It's the smell of the humidity in 102-degree heat and short-shorts and tank tops. But mostly, it's the warm night air and the sound of night creatures in the darkness.

Like it's a very, very specific brain trigger for me and when Southern horror is done well, it's one of the fastest ways to my cold black heart.
It's all very cool...except when it's not. Case in point, This week's movie! 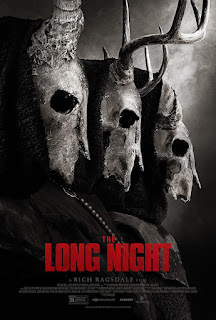 Wait, wait, hold up. This guy: 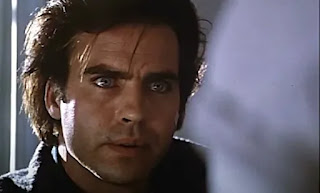 Remember? That whole scene in Body Parts where he gets into a car chase while handcuffed with another dude? That dude.

Anyway, our story starts with Grace(Taylor-Compton) and Jack(Funk). Grace and Jack live in New York. Grace is looking for her long-lost family as she grew up in foster homes and stuff. She gets a call from some dude about a house in the south that might belong to her family. So, off they go. 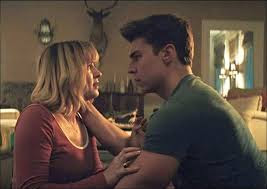 Now, crammed in here for no particular reason, there's this whole bit about them stopping in the Hamptons to meet Jack's family. We don't ever see that happen, though. Just the aftermath with them talking in the car about how bad it went. 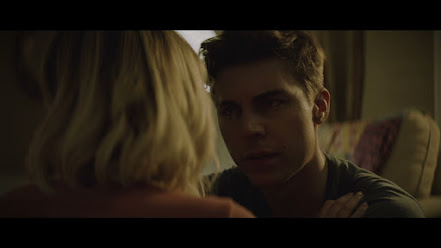 So, early on, Jack gets a clue that something is really wrong with this place. After getting locked in a bathroom while Grace gets...I don't know, possessed by somebody in an animal mask, he's all, let's get the fuck out of here. 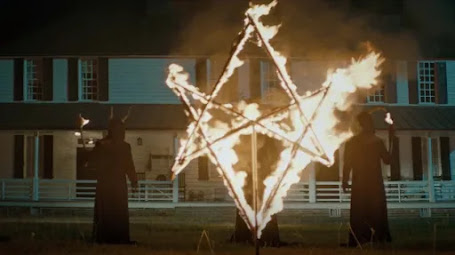 By then, of course, it's too late. The house is surrounded by creepy cult members, ready to terrorize them for the rest of the movie. Which they do. 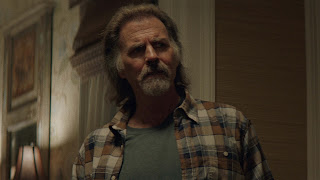 And Jeff Fahey shows up for some reason, but he kind of gets the coveted Scatman Caruthers award in that it seems like he might be able to help them, but about fifteen minutes later... Anyway, the cult people terrorize the young couple because they want Grace for some reason. Jack finds this out pretty early and nothing ever comes from that. 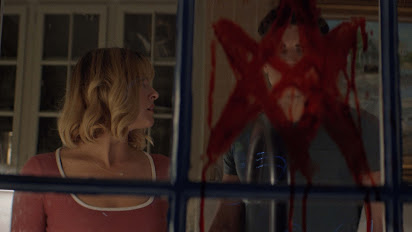 Like, there's kind of a moment where it looks like he might be struggling with just giving her over, but that's it. There's no moment of weakness. There's no internal struggle. It just kind of goes away.
There's like a lot of that, actually. The movie starts with these character decisions throughout the film that don't go anywhere. 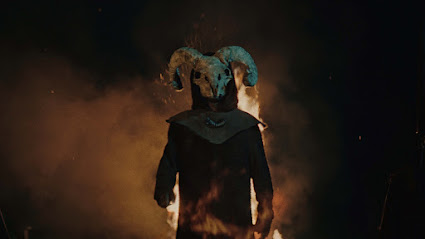 But then there are these wild visions that Grace has. Unfortunately, I couldn't find any gifs or anything of them, but I can give you a short list of what they involve.
-- Snakes, lots of snakes
-- A naked woman with an animal mask lying on a bed of moss in the woods while light shoots out of her vagina.
-- A pregnant woman getting a rather unhygienic c-section in the woods.
-- A two-headed baby snake coming out of said womb
-- A computer-rendered space scene complete with a floating space baby
The movie takes a pretty hard left for no reason and ends up with the cultists catching Grace and telling her that she has to bring forth an ancient snake demon to 'cleanse' the world.

And for some unexplained reason, Grace goes along with it in the end, becomes the demon snake monster and kills everyone.

Yeah, that's it, folks.
Now, in this movie's defense, there are some good horror moments throughout the movie. Things do get plenty bloody and I could arguably say the scares (few that they are) are warranted. 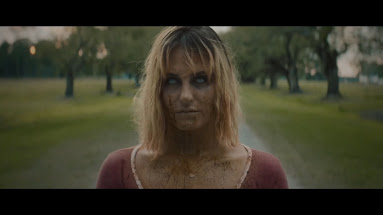 Like, the intentions are all there and everything, but it comes off really disjointed plotwise. It was a little difficult to keep up with, actually. One second we're running from cultists, the next we're watching a naked woman with a glowing vagine.
Oh, and let's not forget the lack of seasoning in this so-called southern tale.

Look, this is a story that takes place on a southern plantation that involves ancient spirits and the filmmakers gave us this white bread with mayonnaise story about pilgrims and natives, which would have been fine if this had taken place where the story began. In New York.

The south is chock full of history to pull from. Enough to create a really cool backdrop for this kind of movie and the filmmakers just straight missed out.
I think I'm the most disappointed by that if we're being honest. This one had a lot of potential and if there is one thing I hate more in a movie is missed potential.
That being said, I have no choice but to give this one the old Bronx Cheer:

Next week! I'm going to check out Good Madam just because it kind of looks interesting.