So...I'm about to hurt some feelings in this post.

Let me just begin by stating that I love vampire movies.  Like, of all the horror genres out there, vampire movies are among my most favorites because...well...at the core of my cold black heart, I'm a hopeless romantic.

I mean, don't get me wrong. Scary, scary vampires are cool too, but there's something about the romantic vampire that I just have a soft spot for. That being said, lately, there have been a few vampire books/movies out there that have kind of missed the entire point of vampire romances. Not that I'm naming names...

...see, because here's the thing about the romantic vampire story. Vampire stories are sexy because there is always an element of real danger involved. This powerful being must restrain him or herself to keep from murdering their loved one...which, yeah, that's kinda hot.

What's not hot is when the monster has real world monster like tendencies.  You know...like staring eerily from across a room like a creeper...

Or imprinting on newborns in an...inappropriate way...

All right, that last one isn't a real pedo/creeper/serial killer thing. I just don't think monsters should glittery.
All I'm saying is that yes, you should feel like you would definitely lose your soul if you decide to kick it with a vampire. However, there is a line. I'm saying, you shouldn't really feel like you're in danger of becoming a skin dress.

That's just too much reality in my reality.

Case in point: This week's movie! 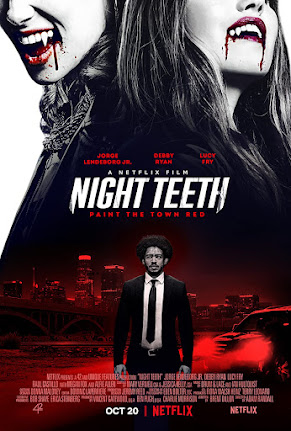 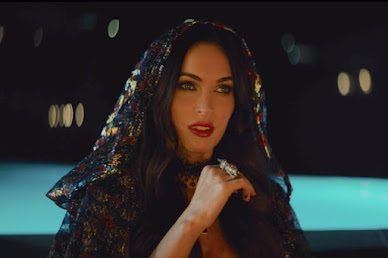 I don't know, man. She's only in one scene and she's dead the next second. I feel like the filmmakers were just like, "You know who would look hot as a vampire??" and that's as far as the thought process got. 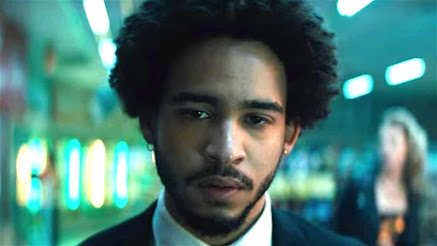 Anyway, this is Benny(Lendeborg Jr). Benny is broke and in college and wants to be a DJ. One day his brother Jay (Castillo) can't make his job because he's got super secret vampire hunting stuff to do, so he asks Benny to take over for him.

Benny soon discovers that his passengers are vampires out for a night of taking over the vampire world. 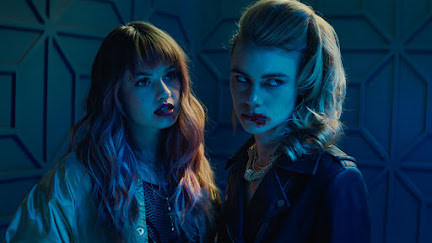 See, Zoe (Fry) and Blaire (Ryan) are in cahoots with local indestructible vampire Victor (Allen) to murder all the other head vampires and rule the vampire world. So far, the movie has a promising start.

Here's where the movie goes wrong. 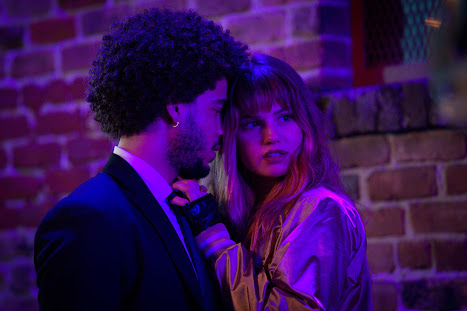 Benny has a thing for Blaire in a way that doesn't make sense.  He meets her, thinks she hot, finds out she's a vampire and is terrified and trying to get away before they kill him too, then he's back to thinking she's hot again and decides to joining their crusade and...ugh. 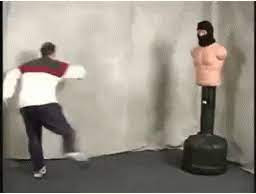 Leaving me with a bad case of whiplash.  And real talk, I'm all about the whole falling in love with the vampire and joining their cause, but the way this happens, it just doesn't make sense. He's terrified for most of his time with the vampires - so much so that he doesn't actually get to know Blaire past the fact that she's pretty. But then, I'm supposed to buy that he's so into her to suddenly start fighting with them against the worst guys?

(Can't call them bad guys by the way. There are no winners in this story.)

It makes me sad. This could have been a good movie. Benny just comes off as a dumb kid who lets his weiner write a check his ass couldn't cash.

Yeah. Yeah, raspberry for this one:

Dear Filmmakers. Learn how to write a basic linear plot line so we're not all confused when people suddenly fall in love for no reason.

Anyway, next week's movie! The Manor!  Is this a haunted house movie?  Here's hoping so!