What’s up Horror Nuts! Welcome to another WTFHM!


This week, I want to talk about animatronic puppets. 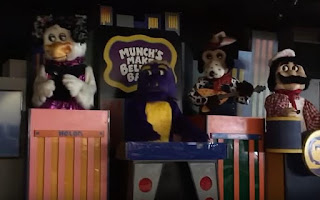 So, like, if you’re an old head like me, you remember going to Chuckie Cheese’s for your birthday was a good thing.

No seriously! Chuckie Cheese’s used to actually be a fun place! We legit looked forward to the pizza and the video games and the play area and…

Okay, real talk, nobody was really looking forward to the stage show. I mean, a six-foot-tall mechanical mouse with big bubble eyes clicking and whirring at you…

Just the same, though, on television the whole furry kid’s show was a thing for a loooong time. I mean, The Great Space Coaster… 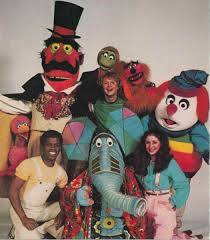 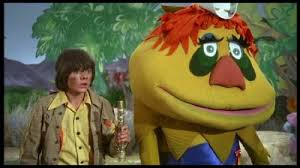 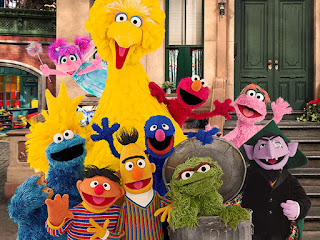 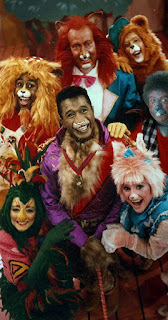 Great, now the theme song is stuck in my head. 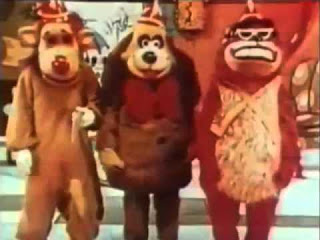 There was one, however, that was a product of Sid and Marty Kroff's furry empire called The Banana Splits. It aired in the 60s and 70s and basically starred five anthropomorphic animals playing instruments and teaching little kids how to be a good human being. Good, wholesome furry entertainment.

So…what does any of this have to do with a blog dedicated to horror movies? 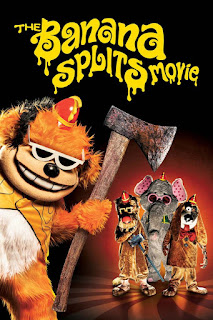 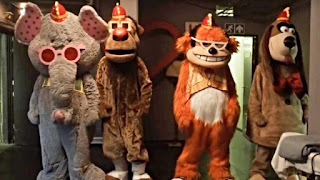 So, the way I see it, it’s only natural that someone had to take The Banana Splits can make a horror movie out of it. I can actually imagine the pitch meeting…

*Side note: If you’re behind the ball on Five Nights at Freddie's, I don’t have the bandwidth to go into a detailed explanation, but it’s a video game where you try to outlast killer animatronics. If you’ve got a 12 to 17-year-old somewhere in your orbit, ask them for details.* 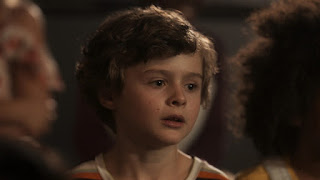 Aaaanyway, meet Harley(Wojtak-Hissong). A little boy who’s way too old to be that into a show like The Banana Splits, has a burnout brother, and a stepdad who’s a huge jerk. Except for the burnout brother and evil stepdad, I can relate. (I did still watch certain shows when I was pretty far out of the demographic).

So, it’s little Harley’s birthday and Harley’s mom, Beth (Kind) decides to get tickets for his favorite tv show…much to the chagrin of his stepfather, Mitch (Lund) who thinks that he’s too old for all this. Beth also invites Harley’s classmate Zoe (Nash)…who doesn’t want to go because she, too, thinks that Harley is too old of all this. 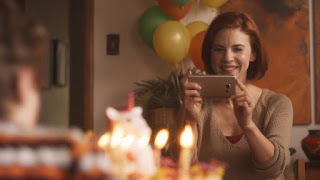 Okay, so, this movie does fall into the slasher movie category, so let’s do a round of the four Bs -- Blood, Boobs, Body Count, and Bad Acting.

Blood: A
I almost gave this an A plus…but I kind of wanted more blood. That’s just me though. There was a nice amount of blood. More than adequate for a slasher movie, in fact. 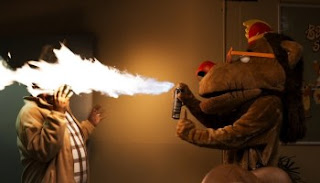 There was a nice amount of creativity for the deaths as well, which, I guess for that I can attach a tiny plus for. I mean, there’s nothing drastically new or innovative or anything. Really, how many times have you seen a giant sucker being shoved down a throat? It’s fun to watch though.

Body Count: A +
A lot of people die in this movie. Nine of the principal characters and the entire audience. That comes up to about 27 people. That’s pretty impressive. Even for a slasher movie.

Bad Acting: F –
Sooo, as you know I normally revel in bad acting in a horror movie, but really, it’s only good if it seems like it’s on purpose. For me, a bad mark on the bad acting is a good thing. 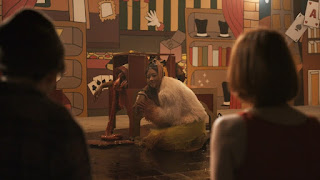 Except now. Look, people. It’s not required to chew the scenery, but an actor can at least act scared or something more than mildly put out when faced with a dismembered person.


Overall, I really liked this movie. It definitely gets a jewel.

Next week, we get into the water with Crawl. You know that alligator movie that came out last year? I hear it’s pretty good.