At Least the Alligators Looked Real

What’s up Horror Nuts! Welcome to another WTFHM!

So, this week’s review is coming from a place in my dark little soul that I don’t visit very often. In the databanks of my brain, there is a section dedicated to horror movies surrounding killer animals and natural disasters. Since I don’t go in that space very often, the filing system there is in a little bit of disarray.

Now, I don’t visit this space because, well, I’m not a fan of disaster/animal horror movies. That’s not to say that there aren’t movies that I haven’t liked that fall into creature feature genre in particular, but, for me, you have to bring something more to the table than just animal attacks.

You know, like a story about Betty White feeding cows to an obscenely large alligator that eats bears from time to time. 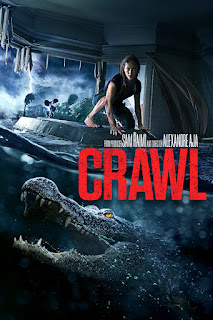 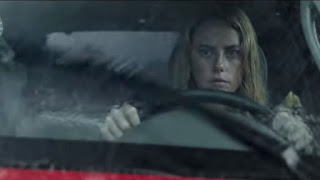 So, this story begins with Haley (Scodelario) a competitive swimmer just living her life. A hurricane sweeps in and her sister, Beth (Clark) calls because she can’t reach their dad. Haley drives down to her dad to check on him, only to find him holed up in the crawl space of their old house…with a couple of alligators. 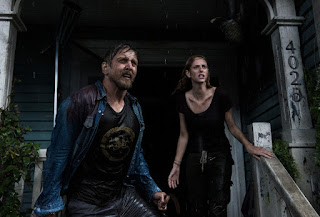 Okay, so it’s right about here that I’m struggling with the synopsis. That’s basically all there is to this movie. Haley and her dad (Pepper) surviving alligator attacks in order to escape to safety. It’s not much more to it.

So, let’s try something a little different. Instead of ragging on everything that irritated me about this movie, let’s try listing the positives. I mean, there must be a reason why people liked this movie right?

I forgot the alligators were CGI

As an old head, I miss the good old days before the advent of CGI characters. There’s a certain kind of charm to practical effects that I’ve always liked. Most of the time, you can even suspend your belief if the effects are good enough.

And sometimes not. With CGI, however, it’s usually pretty clear that you’re looking at computer animation. I mean, nothing in nature moves like this:

The CGI alligators were well done in this movie. Somewhere along the line, I did actually forget all about them. Well, forget they weren't real anyway.

I mean, it is a creature feature and as such, people tend to get eaten. The body count isn’t that high, sadly. What with all the action surrounding Haley and her dad, who has time for alligator kills?

Still, when an alligator attack occurs in this movie, they do not shy away from the gore. Lots of blood, lots of lost limbs, lots of screaming and thrashing in the water.

So, yeah, points for that at least. Hey, filmmakers, might I suggest a bigger body count for part two? 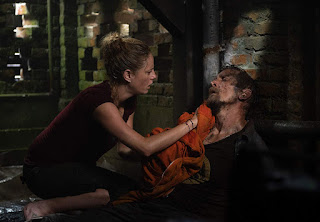 So, okay, if we’re being honest, I’d actually have preferred hyperrealistic, super gators the size of Volkswagons, but given that that sort of thing has been done before (The Meg, Lake Placid, Leviathan, etc, etc) I understand why we’re not beating that particular dead horse.

That being said, horror tends to be much scarier when it happens in a way that suggests a thing that you could actually go through. I seem to recall stories of alligators roaming the waters in New Orleans during Katrina. So, being trapped in a crawlspace during a hurricane with alligators isn’t that much of a stretch from reality.

The main characters also get attacked by the alligators. A lot. Haley and her dad are pretty much covered with alligator bites by the end of this movie. It doesn’t hinder their range of movement, like, at all, but just ignore that. The less you think about it, the better.

So, what did I give this movie? Well, on a personal level, I wasn’t impressed. There was nothing particularly special in this movie for me to hold onto. Everything pretty much went according to how you’d expect them to in a movie such as this.

That being said, I know how much you horror nuts out there enjoyed this film, so I’ll give it a pink jewel, you know, for the culture. 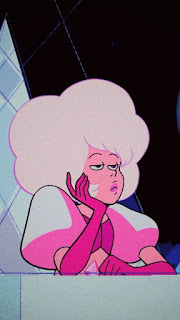 Next week’s movie! Animal Among Us! Never heard of it, but the cover looks really sweet. See you next week!