So, this week we’re dipping back into the world of B-Movie horror. Now, if you’re a regular reader, you probably know that I have kind of a love-hate relationship with low budget horror movies. So much so that I know better than to judge the merit of a movie based on how much money it took to make it.

That’s the wonderful thing about the horror genre, really. Say whatever you want about the scary movies, every now and then something awesome comes out of having to string together a movie on a budget.

And once again, now is not one of those times. 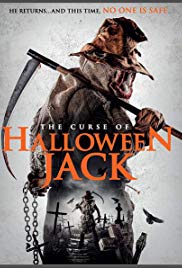 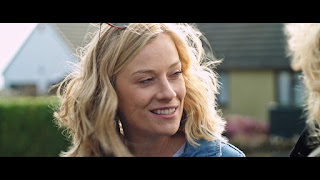 The movie takes place in a little town where, much like the town in Footloose, Halloween has been banned for some mysterious reason and...

Yeah, I lost interest around that point too. Let's just get on with this blog.

So, this is a slasher movie so we’re doing the four Bs – Blood, Boobs, Body Count, and Bad Acting.

I mean, there is blood, technically speaking. I mean, about a tube of it, but, yeah. It’s there. If you squint really hard.

Like, I think one guy had a cut on his neck from being axed? I wish I was exaggerating, but it was a cut. I mean, it was bad cut, but given they only had one tube of fake blood on the entire set to use, it clearly didn’t hit an artery or anything, so, don’t ask me how the guy died.

And by the way, honorable mention to a terrible kill. A girl gets a cell phone shoved in her mouth. No, not her throat, her mouth. Just her mouth. Like: 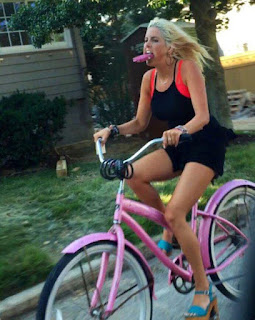 Yeah, no boobs. None. Not even side boob. But the main character does do a really rad gear up montage. That’s something. 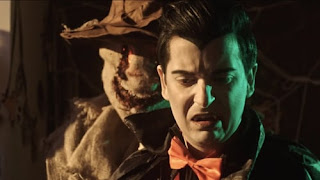 Okay, so, I counted about ten people, but IMDB says it was 20. If I wanted to be sure I’d have to watch it again and…I’m not doing that. 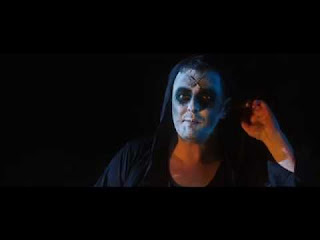 That’s usually a good sign in a B-movie horror movie, but…

Look, you don’t have to be an Oscar winner, here, but you should at least look scared. Just a little. I mean, these were the most bored victims I’ve ever seen in my life. Seriously, guys, if YOU don’t want to be in this movie, why should I care about watching you? 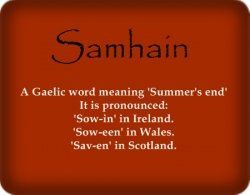 And by the way, apparently, there must have been some kind of debate on set on how to pronounce Samhain. The above image is all the acceptable pronunciations which in this movie, switches to Sam-hane depending on who’s talking. 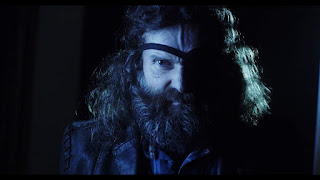 And, there was an exposition man that was a cross between Snake Plissken and the coach in Dodgeball. He growls and grumbles plot points and he, of course, magically knows how to kill the titular villain. With cap guns, a “heartfelt” monologue, a magic knife and a bomb.

I actually said WTF out loud at the monologue. Yeah. There really was a monologue!

So, yeah, big FAT raspberry. It was Birdemic bad.

Next week, we cover Kemper – a movie based on the serial killer Edmund Kemper? We’ll see, I guess.