Waste of a Good Leatherface


So, I want to take a moment to discuss the distribution of money that should be spent on a movie.

Part of the reason is that the best horror movies have a nice balance to them. A good cast, a well-paced script, and (if we’re lucky) plenty of blood and guts to go around. Once in a blue moon, however, I run into a movie where the filmmakers have clearly spent too much money on only one thing. Now if that one thing is gore, I think we can all agree that such an act is a forgivable offense.

But sometimes it is very clear that the filmmakers spent too much money on the wrong thing. Case in point: 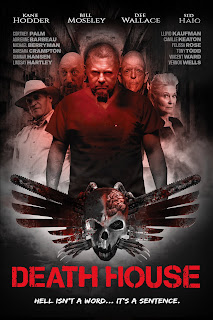 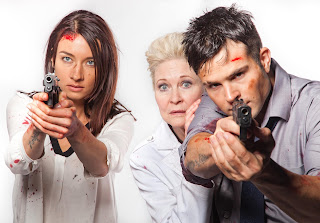 This is usually the point where I go into the synopsis. This time, however, I just can’t bring myself to do it. If you really want to know the plot of this trash, try Wikipedia. (Shout out to the guy that wrote it, btw. Good on you, dude. It could *not* have been easy).

What I’m gonna do instead is a little guide. So, if you’ll indulge me: 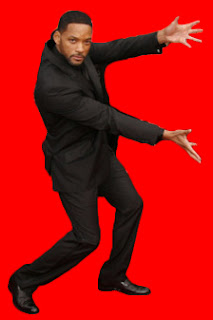 How to Screw Up a Great Idea for a Horror movie 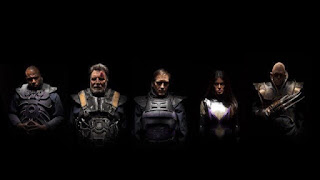 In it of itself, this isn’t a bad idea, really. If you want to make your own answer to The Expendables, then you’re going to need to get all the icons. I would imagine that will cost you quite a bit of paper, but it will be worth it...unless you spend nothing on ANYTHING ELSE AT ALL. Expecting your icons to carry a movie that has nothing else to offer is like making a cake that’s all frosting, which seems like a good idea until you actually try eating a cake that’s made entirely of frosting.

I mean, have you ever tried eating a whole thing of frosting? You end up feeling pretty pathetic. And kind of gross. And it’ll probably even make you sick, lethargic and bloated. All feelings I had while watching this movie.


2) Cut corners on the special effects 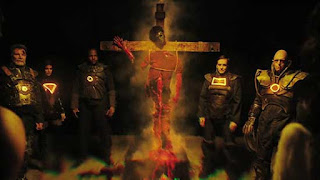 Just don’t. Special effects that your cousin made in his basement are going to look bad. How bad? Well, they will look like somebody tried to make special effects in their basement, bad. 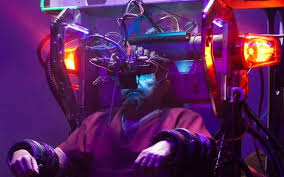 I like sci-fi novels. Being a writer, I can confidently say that as a lover of words, I am a big fan of long, complicated words. Particularly, if you can make those big long words roll of the tongue in some poetic fashion. 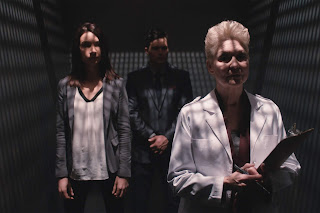 There is a limit, however. Stringing together a bunch of science facts and throwing them at your audience ad nauseum is a terrible idea. Especially in a horror movie. Let me repeat that. ESPECIALLY IN A HORROR MOVIE.


4) Over-explain everything except important plot points

Example:
FBI Agent: “So, how does this virtual reality system work?”

Scientist: “We use a combination of LSD, acetomenphine, and various other chemicals which we push through an IV while exposing the prisoners to scenarios involving their horrific crimes through our state of the art VR system which is run through harnessing the energies of five of the most evil people in the world (we like to call them Gods, you see). Here, this is Leatherlace, for example. She wears the face of her victims and runs around with a chainsaw murdering them. We put her in a chamber where her father (who bears a striking resemblance to Gunnar Hansen) counsels her in order to make her a productive member of society again.”

*Tony Todd carries a girl out in the dessert and puts chocolate syrup on her*
FBI Agent: “Um...what’s that about?”

By the way, this was Gunnar Hansen’s last movie and he’s not even really in it. He’s a video playing on the glass of Leather Lace’s cell. In a way, he’s one of the lucky ones. 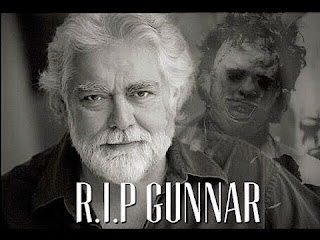 Lastly, and probably most importantly:

And that’s me being nice about it. The picture above looks good, but it's really the best it ever got.

I don’t even think they went to Party City. I think they just went into the kitchen and got some flour, ketchup, and playdough and worked it out like that. I mean, this movie was made in 2017 for crying out loud. You can get a tutorial on YouTube and come up with better monster makeup than what was in the movie.


Look, even bad horror movies have the decency to use corn syrup, food coloring, latex, and rubber cement for their creature effects. There’s no excuse for blood that looks like hot dog water in horror. Period. 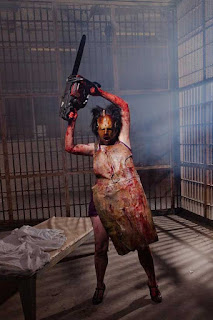 So, yeah, I was not expecting to give a movie with an all horror icon cast a raspberry, but…

It is what it is.

Next week is gonna be a toss up. While choosing the movie, (Which was gonna be the last Halloween remake) I ran into a new one that I’d been wanting to see for some time - Climax. It starts with a C, so, per my rules, it has to come first. Maybe we’ll watch that or maybe a double feature. We’ll see!