So, remember when the pandemic first happened and we all joked about how completely screwed we'd all be in a zombie apocalypse because of people?

And, and remember how when the pandemic was in full swing people who couldn't go to Starbucks or go get a haircut lost their shit?

Yeah and, like, remember how all of Australia was burning and people were burning cities to the ground and how we came this close to just, full-on pandemonium? 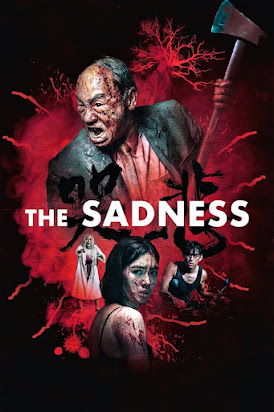 Before we get into this one, I have to let you guys know. This is a Tier 4 Movie.
Somewhere in the two years that I've been writing this blog, I'm pretty sure I listed my personal Tier system for horror movies, but it's buried somewhere in blog post hell, so, I can't find it.
Here's a quick recap.
If you can watch it with Gramma and your five-year-old, it's a Tier One.

If you've seen it on network television and even with the curse words dubbed over it still gives you the willies (or is responsible for a phobia you still carry into adulthood), probably a Tier Two

If it has copious amounts of blood and guts and has the feel of a haunted carnival ride, if you've seen it in a full theatre of screaming moviegoers, if you're steady talking about how not scary the movie was, but still keep that antique mirror Nana gave you covered up and in storage because of what you just saw, Tier Three.

And finally, if whatever you just saw on the screen you never EVER want to see (or maybe even speak of) again regardless of if you thought the movie was good or not, Tier Four.

(And if you know, you know)
For the record, Tier Four movies are for PROFESSIONAL HORROR NUTS ONLY.  They are NOT for lightweights or the casual watcher.  What you are about to witness is absolutely guaranteed to mess you up. Proceed with caution.

Seriously! I used to tell my female friends that if you want to know whether or not a guy is safe to date, watch a high Tier Four with him. If he is thoroughly enjoying himself, lose that dude's number. You might become a funny smell in his crawlspace messing with him.
That being said...

This week's movie begins pretty unassumingly for a literal 15 minutes. A young couple out in China living their lives. Kat(Lei) wants to go on vacation, Jim's(Zhu) got plans, whatever.
Anyway, Jim drops Kat off at the train station so she can go to work, then stops off at a food place...and that's about when this movie gets all the way live.

Seriously. You have approximately fifteen minutes to finish your popcorn before this movie takes off and that is it.

See, there's this virus that turns people into grinning psychopaths that don't want to do anything but kill and rape and pillage.
Hold up, you say? You've seen this movie before, you say?

Yeah, you have. A few times, in fact. The aisle of the Zombie section of the horror store is actually sectioned off in two. Dead Zombies and Living Zombies. It's Night of the Living Dead over here and The Crazies over there. Where this movie elevates the game is in its brutality.

Hey, so do fingers get cut off?  Yerp. 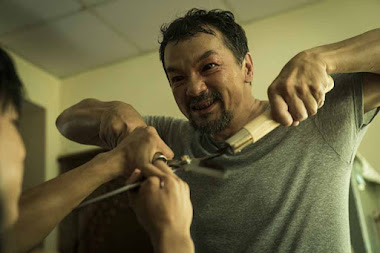 Any faces getting pulled off?  Yeeerp.

Oh, but the blood. Is there any of that? 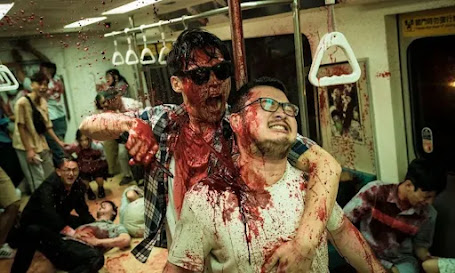 Truckloads.
I'm pretty sure that's literal, too. There's a whole lot of blood in this movie.

Listen, I'm not a lightweight when it comes to horror movies, but I spent the majority of this one like:

As far as the plot, well, it's pretty simple. Boy loses girl. Girl spends the majority of the movie escaping a sex-crazed ax-wielding murderer. Boy spends the movie trying to find girl. Only one of them lives to tell the tale. No big surprises there. 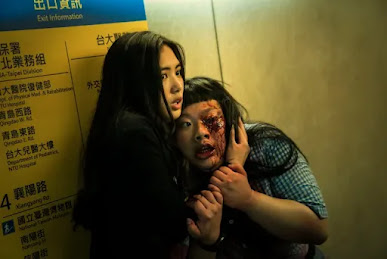 But, yo, it is balls to the wall, edge of your seat type shit. It's horror with the undercurrent of the madness of humanity treated like a rampant sickness (as all the best Zombie movies will do). It is topical. It is intense. It is a GD masterpiece.
And while it still has not dethroned the current title holder of my Tier Four list of movies, I can confidently say it is probably the second most fucked up thing I've ever seen in my life. And, sir...

So, what did I think?  Honestly, I have a deep appreciation for it. I don't know if I can use the words enjoy or like in terms of my personal feelings about this movie but as a connoisseur of horror movies, I can say that this is top shelf. This is not the kind of liquor you gulp down.  This here is forty-year-old Scotch.
Would I ever watch it again? Hell no.
Will I give it a jewel? 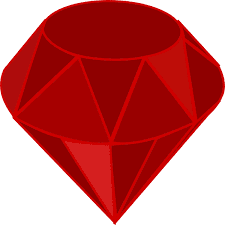 Respect is given where respect is due. It was well done and expertly put together. I have nothing but high praise for it.
Next week's movie, Hellbender. Something, something teen angst and witchcraft.WEEEE!
See you next week!