Hidey Ho, Horror Nuts and welcome to another WTFHM!


Okay, so have you ever watched a movie where you could easily put the subject matter into more than one category? No? Just me?

Yeah, well, okay. But in my life, I’ve found that horror movie categories are a lot like the categories of metal music. There’s thrash metal, death metal, Swedish death metal, punk metal, you get my point.

Yeah, yeah, so you would think with all those categories, it’d be pretty simple to slide your everyday horror movie into a nice, neat category. You’d like to think that, wouldn’t you?

I mean, most movies are straight forward, but every so often you run into a movie that someone clearly started with one idea in mind and ended up with a totally different movie by the end. 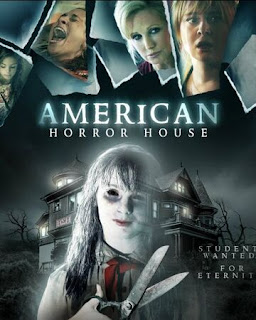 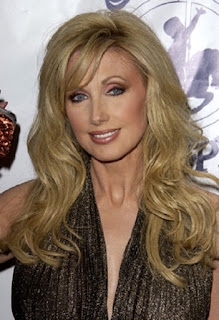 For all you youngsters out there, once upon a time tv had a rash of beautiful blonde actresses dominating the tv world. This was the era of Farrah Fawcett, Cheryl Tiegs, Heather Locklear, etc and so forth. In the 70s and 80s, Morgan Fairchild had the soap opera game on lockdown.

And where do soap opera stars go after their star has faded on television? If we’re lucky, horror movies! B ones, hopefully.

Case in point. American Horror House is the story of a demented ghost woman who decides to kill an entire sorority of girls so they’ll be trapped in the house forever. Sound familiar?

Now, while this sounds like a nice ghost story type story, it really plays out like a slasher film. That being said, it’s time for: 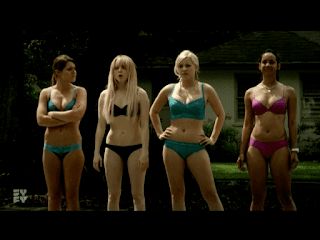 No actual boobs, however, there are quite a few scenes with girls in their underwear. So, it gets a point for that. 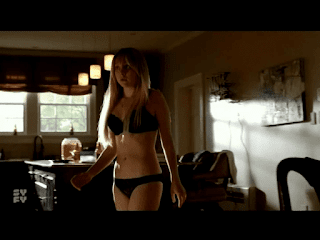 But no boobs and that’s okay in this case. There’s enough suggestive stuff happening to where boobs would have been overkill in my opinion. 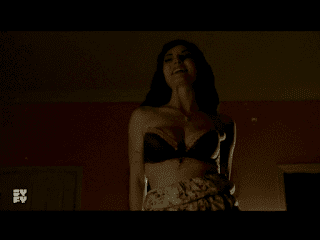 Oh, how the blood floweth in this movie. There is a lot of gore and a variety of methods of death for all the victims. 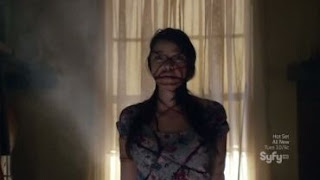 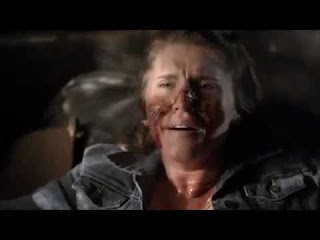 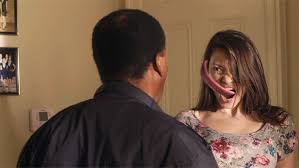 It was very in the spirit of a slasher movie and I appreciated that. 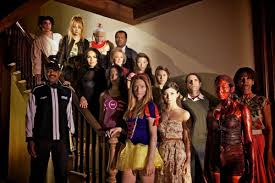 Now, I tried looking up the actual number (in the hopes that someone actually kept track) but all I got was information on American Horror Story body counts, which was interesting, but not exactly what we’re talking about this week.

But a lot of people die in this movie. Like, the whole cast is dead and all the extras are dead by the end of this movie. 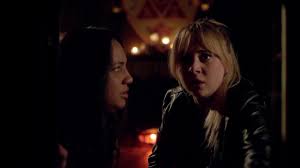 Holy Scenery Chewing, Batman was the acting terrible in this one. I gave it a minus because I’ve seen way worse acting than in this movie…but it was still pretty bad.

Overall, what do I give this movie? Well, really, it was a terrible movie. BUT, it was a fun movie, and horror movies can be whatever, just be entertaining. This is a really good Halloween/Thriller Double Feature kind of movie.

So, yeah. I’ll give it a jewel. I was indeed entertained.

Okay, so, next week we’re going to check out Siren which I’m honestly hoping is a killer mermaid movie.


See you next week!