Why You Shouldn't Rob A Possessed House


So, this week we're doing another haunted house movie with haunted stuff in it. Woot.

So, let's just do and don't this one. Shall we? 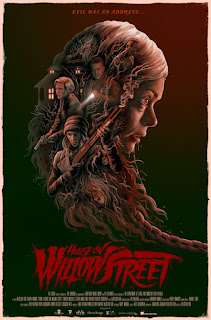 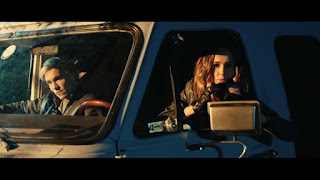 Okay, to set this up, Hazel(Vinson) and her boyfriend Ade(Ward), his cousin James (Gerderner), and their crime seasoned friend Mark (Ventura) have all decided to kidnap the daughter of a rich guy in this big house.

Very soon after they do this kidnapping, weird stuff starts happening and the fun ensues! 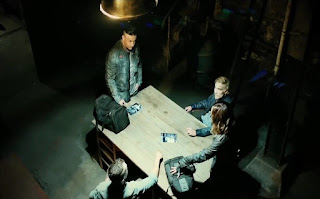 Plan for the worst. Early in the movie, Mark says something to the effect of expecting the unexpecting. That is to say, if you’re planning a big kidnapping, make sure you anticipate all the angles, but be ready when something you didn’t think of first. 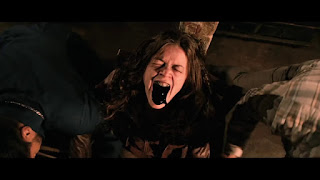 Now, granted, I don’t know how well this applies to supernatural events, buuut at least this way it might occur to you to bring some holy water just in case the walls start bleeding.

Leave your crew on a need to know basis. Look, I know that you don’t want to have all your personal business in the streets and whatever, but you’re not secret agents. Like, if your whole family died in a fire in the same house that the girl you just kidnapped lived in, that might be important to know down the line. So, do yourself a favor and make sure everyone is on the same page before you go into potentially dangerous situations.

Do:
Use blunt objects to defend yourself. In most cases, that seems to work more often than not with supernatural creatures. At the very least, you might slow them down long enough to run. And since we’re talking about weapons…

Go unarmed. Carry guns. More than one a person, please. However…

Know when the guns are useless. Guns work pretty well for two-legged mortal enemies. Not so much for demons and various other supernatural creatures. The moment you know you’re messing with demons, ditch the guns and start making crosses out of the spare wood.

Don’t:
Try to go back for anybody. Listen, there was more than one moment in this movie when the main characters lost precious running time by declaring that they have to go back for *insert name here*. While I’m all for the "everyone going home or no one going home" mentality, there’s are rare situations where it’s better for all involved if you can dip out whenever you can. That being said…

Do:
Dip out at the earliest time convenient, but…

Don’t:
Hide. They (the monsters) tend to find you way faster that way.

And last, but not least, 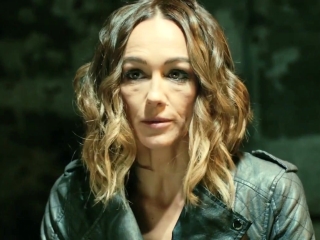 Stare. There’s a lot of that going on in this movie. Staring at people getting possessed, staring at monsters getting burned, staring at being becoming monsters. Look, I get that all this is pretty fantastic and unbelievable, but all that staring you were doing is making it so the demon doesn’t have to run for far to catch up with you. Get while the getting is good!

I mean, it had its problems, but it was a decent Saturday afternoon horror movie, so I'll give it a pink diamond.

Next week...is a movie!  Yeah, I forgot to grab another movie. I'm sure it has "House" in the title, though. :D